Teo1904 is one of the best Diablo 2 Lord of Destruction speedrunners in the world. From the inception of D2’s speedrunning scene, he was there to help shape the strategies and techniques people still use to this day. At the peak of his career, he held over two dozen Diablo 2 speedrunning World Records, and even two years later, his past records remain among the top 10 on Speedrun.com. He seeks out the competitive element of any game he plays and is always willing to share his knowledge and experience with others.

The Secret Cow Level (Moo Moo Farm) is home to The Cow King and hundreds of Hell Bovines swinging mighty Polearms. While this might be stuff for nightmares, it is not as scary as it sounds!

The great thing about The Secret Cow Level is its lack of Immunities. Only The Cow King is naturally Immune to Lightning in all difficulties. This allows virtually every build to farm this area.

After completing Quest 6 in Act 5 (Kill Baal), you can open the red Portal to The Secret Cow Level on that difficulty by cubing Wirt’s Leg and a Tome of Town Portal. It is a great source of Base Items, Charms, high Runes and more.

Why farm The Secret Cow Level?

It is quite valuable it to farm The Secret Cow Level in Normal difficulty. They drop Crystal Swords and Broad Swords that receive 4 Sockets from Larzuk (Act 5, Quest 1). These are used to create the Spirit Runeword which is godly for almost every class while leveling.

The farming targets in Nightmare are Charms. The Secret Cow Level is a great place to farm for "Skillers" (Grand Charms with +1 to Skill Tree).

You can also farm Resistance and +x to Life Charms to make your transition into Hell easier. In addition to Charms, a decent amount of Flawless Gems, Jewels, Rings, and Amulets can be collected here.

Hell difficulty is where The Secret Cow Level really starts to shine. With an Area Level of 81, most of the sought after Base Items for Runewords can be farmed such as Monarchs, Berserker Axes, Threshers, and much more.

In addition to Charms, a decent amount of Flawless Gems, Jewels, and every Rune, up to Zod Runes, can drop from Hell Bovines.

This Set can only drop in The Secret Cow Level. Boots and Body Armor can drop in every difficulty, the Helmet only in Nightmare and Hell. While this Set is not used very often, Cow King's Leathers are a great trophy!

How do I find Wirt's Leg?

Getting into The Secret Cow Level is not about finding it, you really need to find Wirt's Leg in Tristram. Together with a Tome of Town Portal this item needs to be transmuted in the horadriccube after completing the final Quest in Act 5. When done in the Rogue Encampment in Act 1, this transmutation opens a red Portal to The Secret Cow Level.

Tristram's red Portal is located in the middle of Cairns Stones within the Stony Field after you have opened it in the 3rd Quest line in Act 1. Cairns Stones are always close to the path that connects the Cold Plains with the Underground Passage. The Waypoint is located randomly in the area. Follow these steps to quickly locate them:

Wirt's Leg is always in the same location within Tristram. Go all the way to the Western corner of the map to find Wirt's Body (marked green). 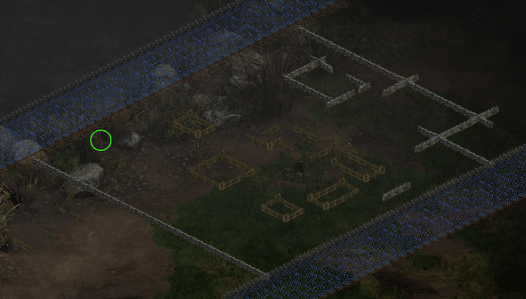 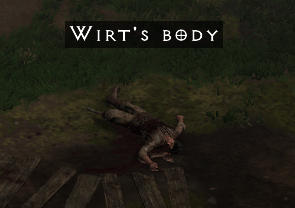 This might sound counterintuitive for a farming guide, but The Secret Cow Level is best utilized to farm Base Items, Runes, Flawless Gems, Charms, and Jewels. Charms and Jewels always drop Magical which makes Magic Find obsolete for them.

A high player count increases the amount of items dropping at 3/5/7 players which increases your chance for dropping good Base Items, Runes, Flawless Gems, Charms, and Jewels. Play at the highest count you feel comfortable on!

Hell Bovines only use melee attacks which deal significant Physical Damage. Stay away from them when you lack Damage Reduction and/or Chance to Block. With the Build Recommendations below, you should have no problem keeping your distance.

Unlike Diablo 2 Lord of Destruction, you don't need to be scared of killing The Cow King as it doesn't prevent you from opening The Secret Cow Level in the future. When going for a high Magic Find setup, he is the best source of Unique and Set Items. He resides in his little fortress, which is randomly placed within The Secret Cow Level.

Because Hell Bovines have no natural Immunities, every build can farm The Secret Cow Level. Builds with large Area of Effect abilities excel at slaughtering cows and are the preferred options. Melee builds require Chance to Block and/or high Damage Reduction to work well.

Written by Teo1904
Reviewed by Raxxanterax