Rob has been playing Blizzard games since 2005, especially the Warcraft & Diablo series. Determination, efficiency and reliability represent this EU-Player both ingame and in real life. He has been a long term non-seasonal player from the origins of Diablo 3. His current focus has shifted to seasonal gameplay, pushing the group leaderboard ranks early in the season. While Rob has an arsenal of experience with all classes, you'll usually find him leaping into battle with his beloved Barbarian or pushing the current META to new heights!

The Barbarian is a staple class in the Diablo franchise and returns for glory in Diablo 4. They use overwhelming strength and a mastery of weapons to turn battlefields into wastelands. This overview covers their Strengths & Weaknesses, Skills, Passives, Legendaries and much more. Let's jump in and learn about the true god of weapons!

All information in this article is from the Press Preview Access of Diablo 4. The content presented here is subject to change, and will be updated as we learn more.

The Barbarian has unparalleled strength and expertly wields an entire arsenal in battle, with a weapon for every occasion. He bellows intimidating war cries and unleashes ground-shaking slams to send approaching hordes reeling. Barbarians are fun to play with fast-paced action and many customization options. Their skills are fueled by Fury, a resource that generates while in battle and depletes slowly outside of it. All Barbarian skills deal Physical damage by default.

The Barbarian has the unique ability to equip FOUR WEAPONS at the same time:

They can swap between them depending on the ability used, and the Barbarian's Arsenal System lets you can choose which Weapon applies to each ability.

The rolled affixes of each Weapon are always applied, however the raw Damage per Second (DPS) of a skill is determined only by the attacking Weapon in the Arsenal System. In other words: your main weapon does your damage, and the others are "stat sticks".

There is one final advantage to holding this many items: more Legendaries! Having these extra powers equipped can prove quite useful and may give the Barbarian an advantage as Diablo 4 expands its itemization pool.

Skill points are unlocked by level-ups and the Renown system. As you spend more points, you unlock more and more categories of skills. Each active skill can be leveled up to 5 times or more with items, increasing their power (usually +10% of the base value) or reducing their cooldown by 5% with each additional rank. After unlocking a skill, you can enhance it with another point and then choose one out of two upgrades to specialize it further.

In addition, there are passives found all over the tree, attached as optional choices to certain skill clusters. They grant small bonuses to damage, defense or utility under certain conditions and help to round out your build by shifting it further in the direction you want to take. All passives have 3 ranks and usually scale linearly.

Check out our Skill Tree Overview to learn more details.

Basic skills are weak and are used to generate Fury. and apply debuffs like Vulnerable with Flay. When you run out of resources, they are useful to finish off small enemies or to add extra damage against an Elite or Boss while you prepare one of your stronger Fury-spending attacks.

These skills are primary damage dealers of most Barbarian builds. They spend lots of Fury but deal much higher damage and hit more targets than Basic Skills. In addition, Core Skills can be amplified by multiple Legendary effects.

Hammer of the Ancients

These skills significantly boost your defensive capabilities. Many of them also allow you to control enemies and increase your Thorns damage.

This cluster of skills adds various utility choices to your setup. Generally you want to choose one of these depending on your build and playstyle to assist you either offensively, defensively, or both. 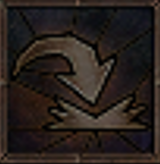 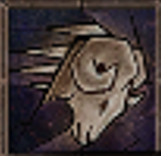 These skills allow you to master your Weapons, dealing devastating damage with cooldown based attacks. 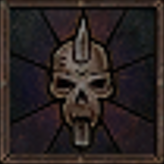 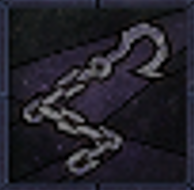 Ultimates are high-impact abilities with a long cooldown and need to be built around to be effective, so not every build runs with one of them. Only one can be chosen and only have a single rank with a two-step linear upgrade path that offers no extra choices.

Wrath of the Berserker

Call of the Ancients

These passives are located at the very bottom of the Skill Tree and couldn't be reached in the preview version. They are extremely powerful and define the overall playstyle of your build. Similar to Ultimate Skills, only one of them can be chosen!

The Arsenal System is the unique Barbarian class mechanic in Diablo 4. It allows them to use a specific Weapon for every attack skill that grants different bonuses.

Check out our Barbarian Arsenal System post for more details on this system.

The four core attributes provide the following to the Barbarian:

Strength is considered the main attribute as it multiplies all your damage done. Dexterity and Willpower are also useful for their offensive and defensive bonuses, while Intelligence does next to nothing. Some items can roll bonuses to attributes and later on Paragon boards allow stacking the right stats for your character. In addition, you may find hidden Altars of Lilith in the open world that unlock a permanent bonus for all of your characters.

Check out our Stat Overview to learn more.

Legendary aspects offer another important avenue of build customization. They can be either found as a Legendary item drop or imprinted on a rare item at the Occultist. Aspects with dynamic values are +100% effective on Two-Handed Weapons and +50% effective on Amulets.

Check out our Legendary Aspects Overview to learn more details.

The Codex of Power is a collection of Legendary Powers that the Occultist can freely craft on any rare or legendary item for a cost. Each power has to be unlocked by completing a specific Dungeon once and always comes with their minimum value if they have a dynamic value. As of right now, most maximum values are unknown and left out from this list. Certain effects with flat damage, Life or Barrier values scale either with character level or item power.

Listed below are all the Barbarian Legendary Aspects. Check out our Codex of Power Overview to see those available to all classes.

These aspects cannot be crafted from the Codex of Power and instead must be found as a Legendary drop. A list will follow once there is more information.

We have only seen 2 unique items for Barbarian:

Most likely more uniques will unlock at a higher level than what was available in the preview version.

Article Created from the Press Release Version of Diablo 4.