This article details the most important aspects of the Punika region. The information here covers details about the Adventure Tome, Wandering Merchant appearance times, Hidden Quests and Mokoko Seeds. Maps of each zone in Punika and more detailed methods to acquire everything are provided below.

Click the names in the Map Legend to go directly to the section for more detailed locations and completion.

The most common method of catching her is to have people covering each spawn location. Since Wandering Merchants spawn in all channels for a specific zone, you only need a few people. After a sighting has occurred, people usually let others know in chat.

Her purchasable items are listed below. Only 1 item from each set appears during each spawn.

The cook is an important NPC that is available in all regions of the game. This NPC helps you craft some cooking entries for your adventure tome. The Punika cook is located in the main city.

To craft Starsand Cocktail, you need to pick up 3x Sweet Mojito and 3x Punika Gin and use it at the cook. There are 3 spawn locations for each cooking ingredient as shown in the images.

Meat Bug is a RNG pickup item from any one of the 5 red dots below.

These orangutans below drop Ripe Bananas. They have 4 spawn locations and they have low drop rates. It's more efficient to farm each location with a group and rotate every once in a while for shared drops. Once you have 10 Ripe Bananas, go to the cook to craft Roasted Banana Powder. Consume it to receive Ripening Banana Bread Dough. Wait 12 hours for it to then turn into Well-fermented dough. Afterwards use it at the cook to craft Wild Banana Bread.

Papu Crab is a possible drop from defeating Punika's field boss, Moake. You need 3 of them before crafting Steamed Papu Crab at the cook.

Punika Festival's Dish requires 1,000x Tunia Herb, 500x Wine Bottle Hidden by Someone, 700x Sweet Tropical Fruit, and 500x Thick Lean Meat before being able to be crafted at the cook. Below are the locations of all items. 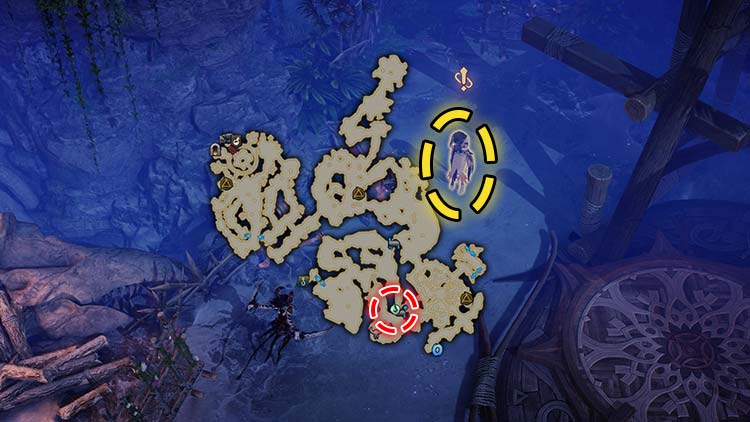 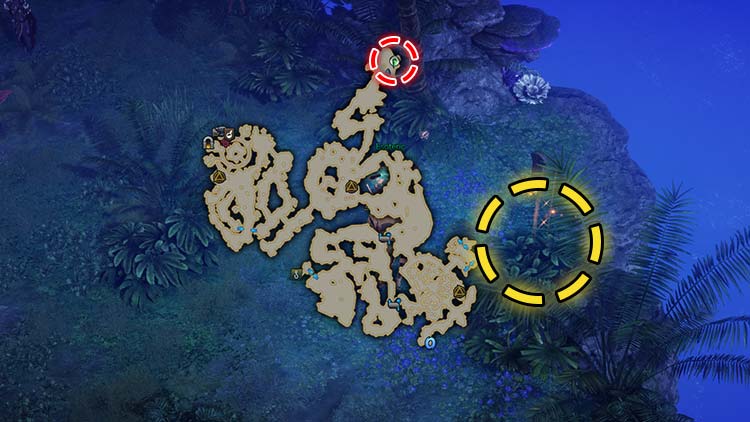 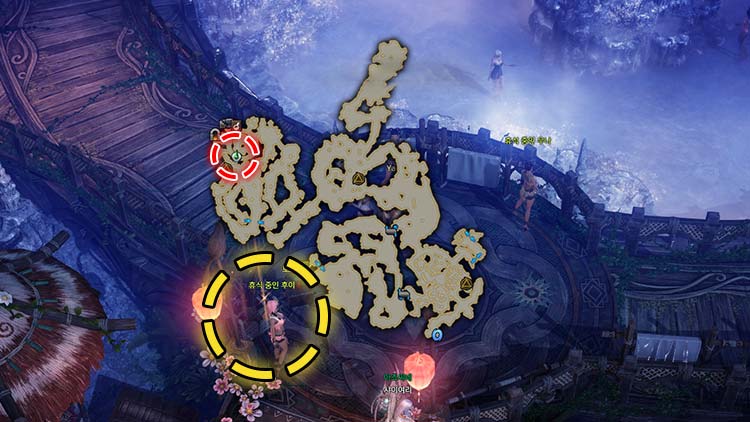 This Another Story requires 7x completion of the Una's Task: Pond of Purification with 14x of the folllowup Una's Task: Madness Piles at the Alter. After doing so, this quest will appear below at this NPC.

2. On the Origins of Punika

3. Welcome to the Lailai Festival

5. What Awakened in the Forest

7. Flower of the Festival

Sapiano and Yom do not count towards overall Rapport completion.