Wudijo has been reaching for new personal achievements and pushing the limits of what's possible in his favorite games at countless opportunities. These days he focuses mainly on ARPGs, especially Diablo and PoE. He loves being at the cutting edge of the competition while experimenting in his own style and sharing the best strategies with others on Twitch, YouTube or here on Maxroll! If there's a build using a Bow or requiring a perfectly executed combo of 20 different buttons to work, you can bet he has played it already.

Welcome to our Abyss Guide, Exile!

This League Mechanic was introduced alongside the War for the Atlas expansion that brought Shaper and Elder into the game in December 2017 (Patch 3.1.0). After the League ended, it became a core mechanic that is still relevant to this day for its special rewards, specifically the Stygian Vise Belts and Abyss Jewels (see below).

The mechanic itself is pretty straightforward as there is not much strategy or setup involved to play it effectively. This post shows you how it works and all the rewards you can earn!

In the Campaign you can randomly find Abysses, but more often once you reach Maps. They are indicated by a green dot on the minimap and walking over them starts the encounter.

In addition to random encounters, you can also force Abysses on a Map through Scarabs and Kirac Mods if it's part of his mod pool for the League.

When an Abyss is triggered, it starts moving around the area in a random direction, prompting you to follow it. As it travels, small trash monsters spawn from the cracks it leaves behind. These monsters are neither dangerous nor worth much, instead your objective is to follow the Abyss around and defeat the waves of monsters that crawl out of the hole in the ground when it stops. You have a limited time to complete the whole encounter or else the Abyss collapses and you lose your chance for a reward.

There's no way to predict which direction an Abyss takes once triggered. Typically an Abyss takes 1 to 3 stops where it opens up a large pit in the ground that continuously spawns hoards of monsters until enough of them are defeated. If you finish it in time, the encounter either ends with a reward or the Abyss moves to the next spot where the process repeats.

As long as the initial Abyss node is not triggered yet, you can take your time to clean up the surrounding area. Once triggered, the clock starts ticking (with no indicator). When the Abyss is traveling and out of range (around 1.5 screens away), it will freeze and wait for you catch up. During this time you can explore other areas before moving closer as this effect also freezes the hidden clock. It's only when the Abyss stops and opens that you need to stay and fight until the encounter ends.

Abysses spawn special types of rare monsters that are dangerous and need to be dealt with appropriately, as they are far more dangerous than regular monsters you encounter in Maps. It's recommended to complete Abyss encounters only if you have a good combination of defensive layers, especially Chaos Resistance and Armour. Some notable monsters are: 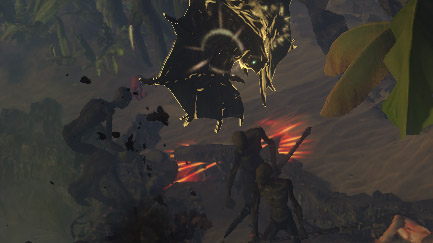 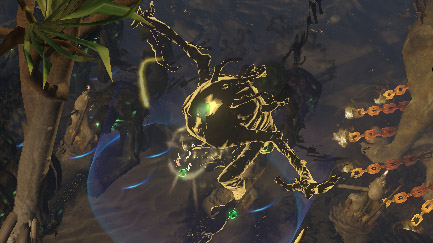 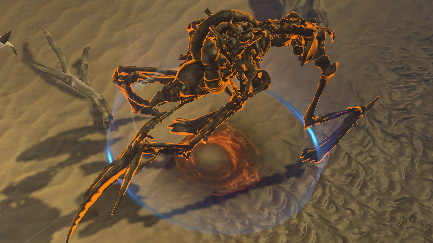 Once you reach level 40, there is a chance that instead of the Abyssal Trove you will open Abyssal Depths at the end of an encounter. These are a separate side-instance that leads you into the Abyssal underworld. Your objective here is to make it to the arena at the end and destroy the Stygian Spire.

Abyssal Depths have Area Level +1 so it's possible to acquire very high item level bases easily when you run them in the highest tier Maps. This can be raised further through Atlas Tree Passives. Along the path there are Abyssal Hoards, which are similar to small loot chests you can find in Maps. They don't offer a lot of value so it's fine too skip them and rush straight to the end for the encounter if you are only interested in the final reward.

Upon entering Abyssal Depths, it's also possible that the instance loads with a boss encounter at the end. You can tell the outcome based on the loading screen without having to run through the entire zone first:

Inside Abyssal Depths there is a chance that the Stygian Spire encounter is replaced with one of the following two bosses. These drop special Abyss unique items and have multiple phases each. Be aware that the encounter can be failed if you are too slow or die. At 75%, 50% and 25% respectively, these bosses enter an intermission phase where they open a door to a side-room that spawns multiple Abyss pits and you have limited time to destroy the central Stygian Spire before you can return to the boss arena. Focus on the Spires as you defeat the onslaught of incoming Abyss monsters.

Both of these bosses are relatively simple mechanically but have a few noteworthy abilities to be aware of. In short: stay mobile and dodge green stuff, especially when your Chaos Resistance is low.

Ulaman, Sovereign of the Well

Amanu, Liege of the Lightless

A Stygian Vise is typically considered one of the best possible Belt options for many builds that don't wear a unique in this slot. Its special implicit "Has 1 Abyssal Socket" allows it to gain more combined stats than most other Belt types (Heavy Belt, Leather Belt, Rustic Sash, etc.). Some notable exceptions are Energy Shield based builds with a Crystal Belt or attribute-stacking builds with synthesised implicits.

The strength of the Stygian Vise's implicit bonus relies on the power of your Abyss Jewel. They are not as powerful in early progression but become better as you improve your gear. The Belts only come from Abyssal Depths, making high item level bases quite rare and expensive during a League start. They can't drop with any influence type, instead influence has to be added manually through other means such as an Awakener's Orb or Conqueror Exalted Orbs: Warlord's Exalted Orb, Redeemer's Exalted Orb, Hunter's Exalted Orb, Crusader's Exalted Orb.

There are 4 different types of Abyss Jewels that roll special affixes and work for different builds (uniques below). They roll different affixes depending on their theme:

Some noteworthy affixes found on Abyss Jewels are:

There are many other useful stats such as Attributes, Defenses, Resistances, Critical Strike Chance/Multiplier and more. To check out a full list of their potential affixes, take a look at the Database under Jewels!

Note: Compared to regular Jewels - which can roll any mod at any level - Abyss Jewel mods have several tiers that can roll higher values at higher item levels. For the best results, farming the highest Map tiers is recommended!

Both bosses can drop all of the Abyss-specific uniques, with a chance to drop more than one.

Belt and Body Armour have no variations and drop with either 1 (Armour) or 2 (Belt) Abyssal Sockets. Gloves, Boots and Helm can have either 1 or 2 with the latter being much more rare and typically much more sought after as the effects of all these uniques scale with the amount of Abyss Jewels equipped.

The Abyss-related Atlas Passives are located on the right side of the Atlas Passive Tree, spread between 4 wheels with a total of 6 Notables. Leading up to them there are also small nodes with similar synergistic effects.

Most of these passives are focused on either increasing monster level, pack size, or interact with the Abyss mechanic in a special way. It's a great choice if you want to farm extra experience and stack up more monsters in your Maps for other mechanics such as Delirium. A special highlight are also the 5-6 modifier corrupted Abyss Jewels from Corrupted Gaze that cannot be acquired in any other way, giving you the chance to find some of the best Jewels possible for many builds with a lucky roll.